95% Clients Who Have Hair & Scalp Concerns See Results In Weeks. All our products and services are validated by Trichologists and Herbalists. Visit today!

Get your hair and scalp the life and glow they deserve!

If you’re suffering from an oily scalp or you seem to notice that your scalp is aging fast, then we have the right solution for you.

The scalp is a very thin, sensitive and delicate organ. It is composed of an outer layer of skin called the epidermis and the inner layer called the dermis. The scalp has many blood vessels that supply it with oxygen and nutrients as well as hair follicles that produce hair. As we age, our scalps lose elasticity, which can cause it to sag or be more prone to wrinkles.

With age, there are also changes in how hair grows on the scalp. Hair becomes thinner and slower to grow back after being cut or shaved off. Hair can also become lighter in color as we age due to a decrease in melanin production. There are even cases where people don’t grow any hair at all on their scalps by the time they reach old age. 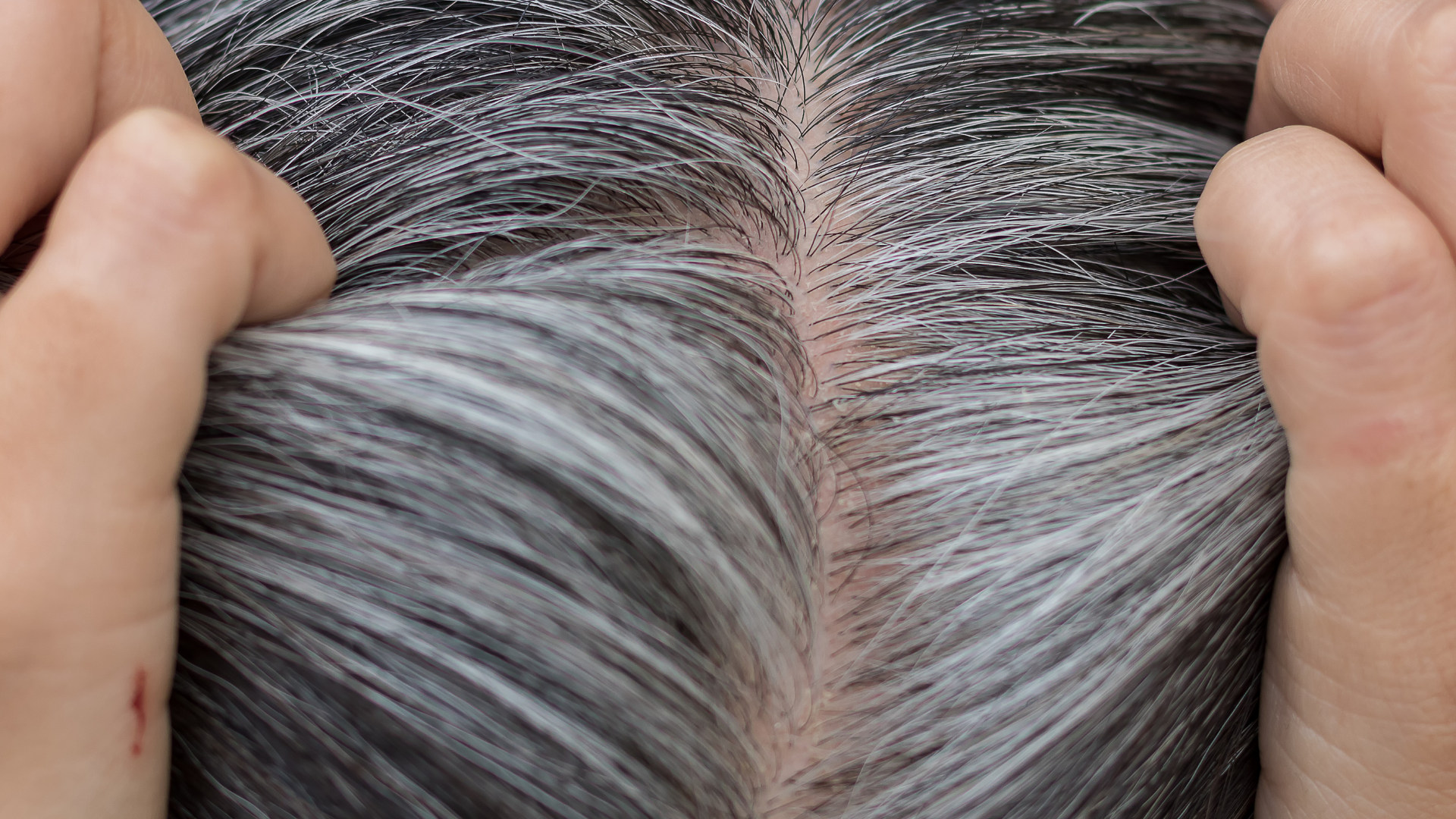 Grey hair is a natural phenomenon that happens in all humans. As we age, the melanin in your hair starts to fade and the hair shafts begin to turn white. This process starts from the root of your hair and gradually moves up to the top of your head.

There are many products that can be used to keep your hair looking healthy and shiny. These products use a variety of ingredients like biotin and keratin. But, it is important to remember not to rely on these hair maintenance products alone.

Our Signature Hair Revitalising Therapy gives you anti-aging treatment for your scalp. Our therapy uses potent botanical and fruit extracts, which are full of antioxidants, to help you regenerate your scalp cells and boost your scalp metabolic rate.

Why is it effective? Our signature hair revitalising therapy is derived from scientifically-proven herbology. This means, we use plant and fruit extracts which are all natural instead of chemical. This allows your scalp and hair to grow and glow without harmful chemicals. Plus, since it’s technologically up-to-date, it can target and address your common to rare scalp and hair concerns.

With our Signature Hair Revitalising Therapy, you can actually feel that your hair and scalp are invigorated and recharged.

If you are experiencing hair loss, your scalp may be in need of rejuvenation. The most common cause for this is aging. Our hair revitalising therapy can help reduce loss and promote hair growth.

Hair revitalising therapy is a combination of a massage and herbal treatment. The massage stimulates blood flow, which helps stimulate hair follicles and generally improves the health of the scalp. While the herbal treatment has been shown to have a variety of benefits to both hair and scalp health. It can promote healthy hair, stop aging hair, reduce dryness, stop scalp decline and generally improve the quality of life for all those with dry scalps or hair loss issues.

The grey hair treatment is based on:

– A massage: this therapy improves blood circulation, helps to activate cell renewal, and increases nutrition flow inside the scalp.

It is not only effective but also economical. This therapy restores the natural vibrancy of hair by removing dead cells, improving circulation, and strengthening hair follicles which in turn leads to rapid hair growth and stops the aging process. Hair revitalising therapy is an effective premature greying of hair treatment.

Here’s the step by step process for our 90 mins Signature Hair Revitalising Treatment:

Experience how our non-invasive, convenient, and professional hair and scalp analysis can give you the best evaluation for your hair.

Increase your blood levels and cell renewals with our high frequency technology so you can feel your scalp instantly rejuvenated.

Allow your hair to absorb nano-sized molecules so you can prevent your hair from becoming dehydrated.

Our unique masque is customised specifically for you so you can increase hair moisture, prevent breakage and frizz and achieve softer and shinier hair.

Our atomised O3 steam causes peptones to be formed on each of your hair shafts, giving you a protective layer over each of your hair strands. In turn, this will help you improve your blood circulation, stimulate your hair follicles and encourage hair growth.

Our customised botanical scalp wash will exfoliate, purify, and energize your scalp so you can achieve beautiful hair.

Our unique masque is customised specifically for you so you can increase hair moisture, prevent breakage and frizz and achieve softer and shinier hair.

Our atomised O3 steam causes peptones to be formed on each of your hair shafts, giving you a protective layer over each of your hair strands. In turn, this will help you improve your blood circulation, stimulate your hair follicles and encourage hair growth.

Feel and look great as we give you the best professional blow & style that fits right for you!

What is the best treatment for GREY hair?

The best way to care for naturally grey hair is reduce your stress and use shampoos for grey hair. For grey hair treatment, we recommend Tricho-Blend® Signature Hair Revitalising Therapy that helps you rejuvenate your scalp and reduce your grey hair.

Premature graying can be caused by vitamin B-6, B-12, biotin, vitamin D, or vitamin E deficiency. Nutritional deficits have been shown in trials to influence pigmentation, thus the premature greying of hair. However, this indicates as well that color can be restored with vitamin replacement.

While graying is mostly a hereditary process, oxidative stress in the body may play a role when it occurs early. Antioxidants are insufficient to combat the harmful effects of free radicals, resulting in oxidative stress. Free radicals are unstable chemicals that cause cell damage and contribute to the aging and disease process. Excessive oxidative stress can lead to illnesses like vitiligo, a skin pigmentation disorder. Because of melanin cell death or lack of function, vitiligo can also cause hair to turn white.